Part of what makes Glen Williams “The Glen” is not just we humans who call it home, but also the amazing array of plant and other animal species, living side by side with us.

Since the Glen as we know it has, for the most part, been in existence for over 100 years, lot sizes are typically generous by today’s subdivision standards, and mature trees and understory growth are plentiful, and when combined with the Sheridan properties and the farmland which surrounds most of the Glen, this rural habitat is well suited to a wide diversity of plant and animal life.

However, perhaps the most noticeable feature of The Glen is the Credit River, and in some respects it is the river which has drawn humans and other species to this area for hundreds, even thousands of years.

The Credit is truly one of the last bastions of wilderness in the shadow of urban sprawl, one of the few remaining cold-water streams in southern Ontario that has genuine blue-ribbon trout fishing. 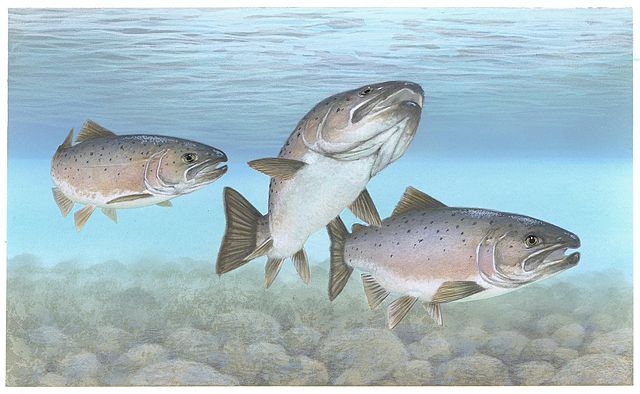 The Credit River flows through the Glen from headwaters above the Niagara Escarpment near Orangeville and Caledon East. It empties into Lake Ontario at Port Credit, Mississauga. Of the many species of fish (including the endangered Redside Dace) which live in the river, salmon and trout have been and continue to be the most important from an economic and recreational point of view. Pre-contact peoples camped here each fall to harvest the indigenous Atlantic salmon making their way upstream from Lake Ontario to spawn. In fact, until recently it was possible to find stone arrowheads and other artefacts left by these peoples in the Sheridan field now occupied by the Meadows In The Glen subdivision.

The Return of Atlantic Salmon and Brook Trout

Thanks to improvements in water quality and the construction of a fish ladder at the Norval dam, after an absence of 150 years Atlantic salmon are now once again running up the river to spawn. Added to the brook trout and rainbow trout, as well as introduced sport fish species such as brown trout, the salmon make the river even more attractive to sport fishermen who regularly try their luck on the water.

The local chapter of Trout Unlimited is involved in this restoration work and is actively working to improve brook trout habitat in this section of the Credit River. 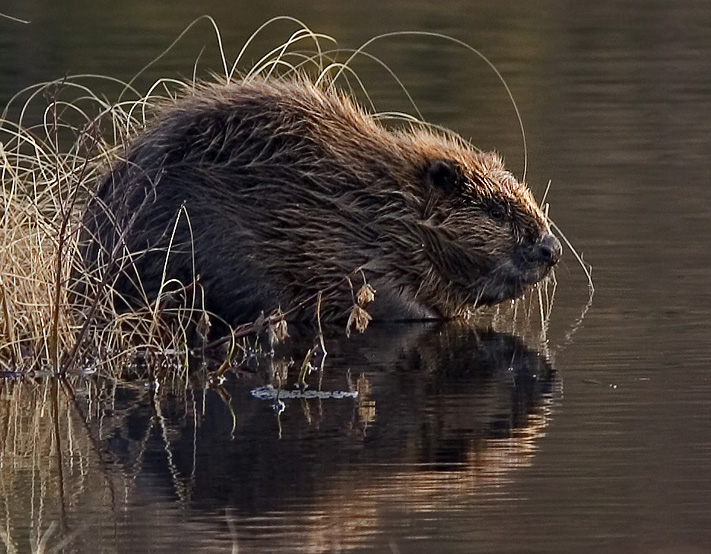 Just south of the 10th Line bridge, a favourite spot for launching a canoe or inner tube for a leisurely float down the river on a hot summer afternoon, there are several trees which have been felled and gnawed on by beavers.

An Important Home for Wildlife

Fish are not the only creatures who rely on the river and the river valley. A walk along the frozen river in winter will often reveal the tracks of deer, coyote or fox, as well beaver, muskrat and mink.

Beaver have been spotted sitting beside holes in the ice, right in the middle of the Glen. It’s more common, however, to see the sapling and tree stumps which are all that remain after the beaver fell them and drag them into the river.

The river and the surrounding river valley also provide for a huge diversity of bird life, whether a year-round home, a temporary summer residence or a convenient conduit for migration further north.

Of the 264 species reported by Credit Valley Conservation throughout the Credit River watershed, I have personally observed over 60 species in or around my own backyard, from hummingbirds to red-tailed hawks, and still many more species such as the threatened bobolink and eastern meadowlark in the general area of the Glen. Even Bald Eagles have occasionally been seen along the river!

Year Round and Seasonal Visitors

Year round visitors to backyard feeders include beautiful red cardinals, chickadees, goldfinches, blue jays and various woodpeckers. Spring brings the return of red-wing blackbirds, grackles and robins (although some seem to hang around all year now!). Summer visitors arriving from the south to nest and raise a family include orioles, hummingbirds, swallows, bluebirds and warblers. Birds who rely on the river itself include the ubiquitous canada goose, belted kingfisher, and occasionally ospreys on migration. Even great blue herons can be seen in the river hoping to spear a tasty fish or frog.

Of course, it’s not just vertebrates that inhabit the river. 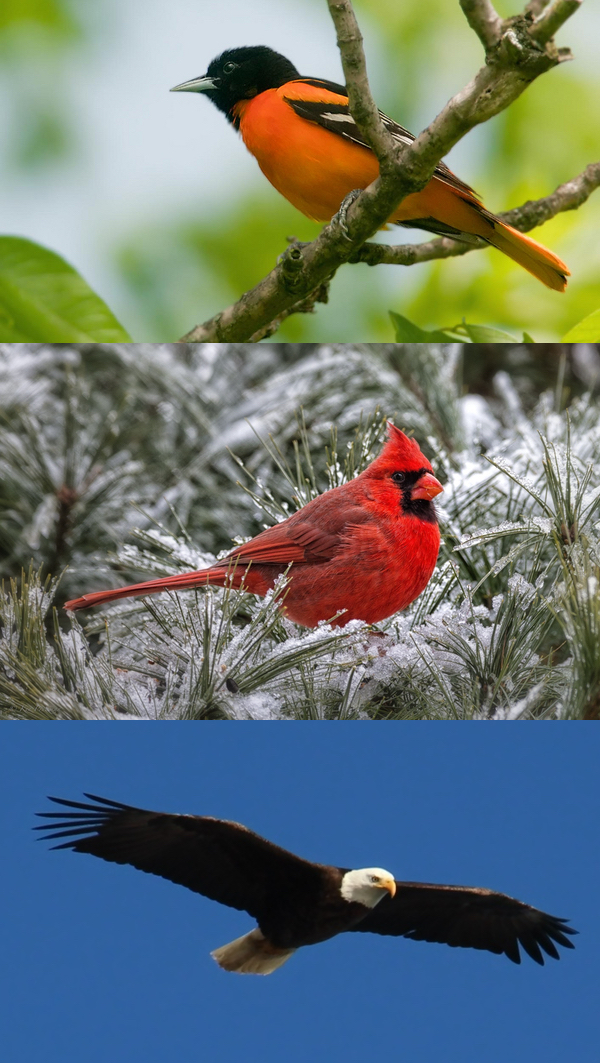 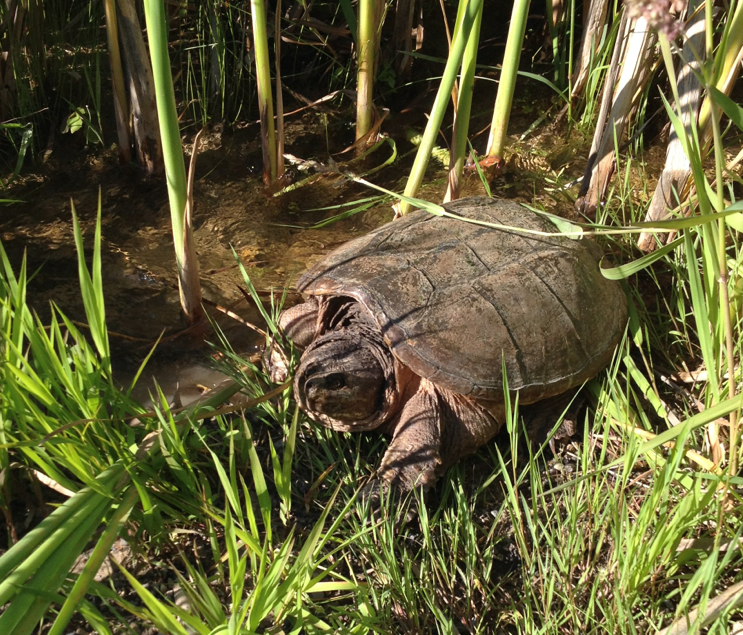 The river is also home to many species of reptiles and amphibians. 5 of Ontario’s 8 species of turtles live here, and only one of those is not threatened. Every spring they emerge from the water to dig in gravel and lay their eggs along the banks of the Credit River.

These are only a few examples of what we have around us in The Glen. Books could, and have been, written on the many species of amphibians, reptiles, insects, trees and wildflowers that coexist with us here in our unique part of Southern Ontario.

On two or three nights in August each year, an amazing spectacle occurs. It is so spectacular that on one of these nights, local residents gather on one of the bridges for what has become known as “The Shadfly Party” to watch this incredible sight! Millions of whitish mayfly, known locally as shadfly, hatch simultaneously at dusk from the water’s surface all up and down the river, creating ghostly pale clouds which seem to flow over the water and swirl over the bridges. With apologies to Deep Purple, it really is like “Smoke On the Water”! 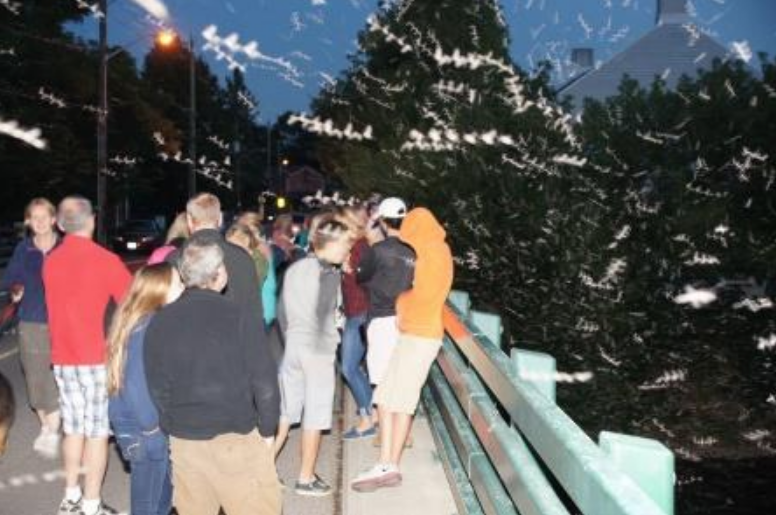 Hiking in and around The Glen

A Deep Connection With Nature

We are part of the natural world and we depend on it not only for material needs, but clearly for something deeper.

As a species, most of us instinctively gravitate towards still waters, flowing rivers, trees and forests for our recreation – just look at the number of people who head for the cottage or campground in summer to find these things.

In my opinion, we have most of them right here in the Glen. A walk along the riverside, a hike on the Bruce Trail, or its side trail The Credit Valley Footpath, reveals a wonderful view of the natural world. It’s difficult to believe that we are only a few short kilometres from downtown Toronto.

With the pace of modern development, opportunities to connect with the natural world are  increasingly more difficult to find. And with our busy modern lives, it is easy for sometimes subtle changes to go unnoticed – we often only realize what we have lost after it is too late.

In the words of Joni Mitchell “You don’t know what you’ve got till it’s gone”.

Sign up to get news featuring upcoming events delivered straight to your inbox.